In honor of our celebration of SFR heroines, I’m sharing some of the most recent SFR heroines I’ve read.  To be honest, I’ve read bunches and I’m not up to digging back through the older books and debating which ones to include. I’ll save that for another time. 😉 what I really want from an SFR heroine is that she live and breathe and be perfect for her hero uniquely.  All of these heroines were fun to read about.

The Melier by Poppy Rhys

Lucia is a woman from a fairly privileged background that spends her time in the very dangerous pursuit of stealing back stolen property for the victims of the theft. We meet her as she is escaping the thieves’ ship with bad-guys in pursuit. She hijacks a stolen cargo ship in their bay and after she is underway she discovers a giant alien slave with no memory of his past.  Lucia gives him a name, Soren, and frees him. For Soren, she is wondrous. Just by being her warm, honorable self; she is truly perfect for him.  The question is, will she still be right for him when his memory returns? 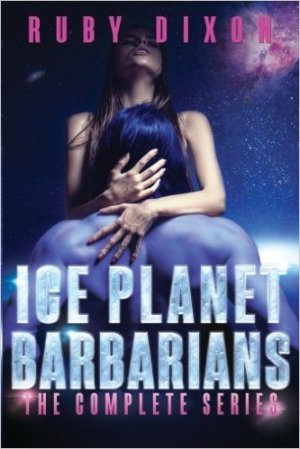 Georgie is a natural leader. When she is abducted by aliens along with a group of young women, she helps to lead a small rebellion that leaves them alone without a guard when the ship is forced to temporarily abandon them on a frozen planet. They suspect the alien captors will be back, but even if that weren’t the case, they couldn’t survive indefinitely in the wreckage. Georgie is the obvious one to go for help and she marches out into the froze alien landscape afraid but determined. She makes plenty of mistakes, but she does manage to find her big, blue, horned barbarian hero and convince him to return to the wreckage with her to save the other girls.  Her barbarian turns out to be the leader of his people and the pair’s strong personalities, leadership qualities, loyalty, and bravery make them a perfect match.

I’ve also read the next books in this series and each heroine is uniquely suited to her hero. 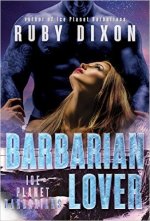 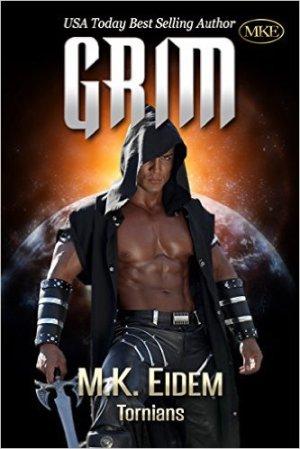 Lisa Miller is a widowed mother of two little girls and has no plans to remarry until she is kidnapped by aliens. The alien who took her wasn’t supposed to take a woman with children, but it is too late, or is it? Lisa determinedly protests until she is taken to the command station of the alien ship. Once there, she bravely makes a deal with the commander. Go back for her children and she will willingly marry him.

Grim is scarred and despite being a King, was considered unfit by the women of his kind. Women have a great deal of power on his world, but when Lisa learns this, she remains loyal to Grim, the man who was willing to offer protection to her children when no one else would.

Lisa also makes changes for Grimm’s people, showing them her natural kindness and a bone deep sense of fairness.

Readers! I have to thank you all for this book. I read it due to your recommendations during our quest to find the best SFR hero last summer. You were right. Grim is swoon worthy and he and Lisa deserve each other.

I also read and enjoyed Wray from this series. 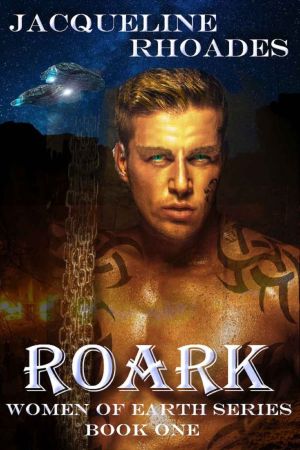 Mira Donazetto is a shining example of a woman holding on to her family (both natural and adopted) after aliens have made Earth a war zone. She takes a job working for the aliens currently defending Earth, to help provide for her family despite the possible dangers. She doesn’t make things easier for her hero, but she challenges him in a way that he can respect and eventually the two become a good team for the betterment of both the earth and alien communities.

Dallas is the ultimate geek girl role model heroine. She is an astronaut and engineer and of course a proficient fighter who kick boxes for exercise. She accidentally passes through a wormhole to a planet that has been fascinated by the Earth objects that have been appearing in their skies for generations.  Dallas’s hero is fascinated with one particular Earth object and takes immediate action to keep her safe and safely claimed as his.

The world is an interesting mix of technological advancements and archaic gender roles.  Like any good role model, Dallas is sure to bring a few changes to those gender roles, but she is also respectful of the need to adapt.  The second half of this tale is full of adventure.

Anna is a different kind of geek girl heroine. A little softer, but she hasn’t led a pampered life. She’s been an indentured servant for people who’ve used her cruelly. When we meet her, our hero is rescuing her from torture and when she realizes he is half Viper, the species that once devastated the human race she does freak out a little. But showing good sense she quickly realizes there is no reason to be afraid of the guy who saved her. She tries to make nice, but despite his obvious attraction, he does his best to keep his distance. This is because he also know the history between their two species and he fears harming her. So what does Anna do? Like any good geek girl, she hoppes online to do a bit of research. Anna’s research leads not only to a way for them to be together but also a way to resolve the story problem.

Don’t forget to nominate you’re favorite SFR heroines on our celebration post to enter to win or prize pack, including a $25 Amazon gift card, SGLSFR swag, and a Heart in a Box EP from Emii.

One thought on “SFR Heroines from What I’ve Been Reading”