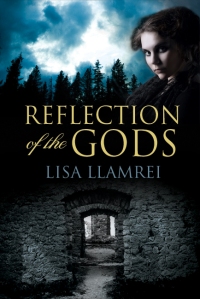 Das is recently divorced, moving out of the city to start a new life when he meets Aislinn. Their affair is something the reader simply has to indulge in suspended disbelief because no emotional depth ever develops between the characters to make their interactions believable. As Das pursues a career in photography, Aislinn plots to separate the human and fae realms forever in hopes that this will save both worlds.  In order to explain Aislinn’s quest, the author takes the reader back and forth through Aislinn’s immense history to explain her fae origins and the complicated relationships she maintains with the Sidhe and the longing she has to be human again.  However, when Das grows suspicious of Aislinn, his search for the truth could destroy them all.

Here’s what I thought:

The story started off a bit confusing for me and it took a while for me to get into the plot. In addition, I found the frequent shifts in timelines, and story lines, jarring because I’m not a fan of being sling-shot back and forth through a character’s history and present circumstances.

The story is quite imaginative and the author is expansive with Celtic lore, weaving an interesting tale that culminates in the early 21st century. However, I became a little disenchanted when I realized this is not a romance. REFLECTIONS OF THE GODS is a fantasy quest and it doesn’t end happily as far as I’m concerned, which left me unsatisfied.

That’s not to say that I’m disappointed with the story itself. Although it didn’t quite meet certain expectations, REFLECTIONS OF THE GODS did intrigue me with its elaborate plot.

REFLECTIONS OF THE GODS

Book Blurb: Newly divorced Das MacDermott longs for a fresh start. As he packs up and prepares to move out of the city, he spots a young woman being held at gunpoint by three men. Despite being outnumbered and unarmed, Das does his best to intervene. Once liberated, the victim seems oddly ungrateful, but on an apparent whim decides to join Das in his new life in rural Ontario. Aislinn, as she is called, returns the favour; with her encouragement and support, his start-up photography business takes off, and more importantly, Das is saved from loneliness and self-doubt.

Das, however, is never quite able to fully dismiss the contrary aspects of Aislinn’s nature, and is strictly forbidden from asking about Aislinn’s past. All seems too good to be true, and indeed it is. Aislinn’s unusual talents and odd behaviour, unbeknownst to Das, come from her demigod status. Aislinn is half-Sidhe, daughter of Fionvarra, Ireland’s fairy king, and a human woman. Sidhe wars have so disrupted the mortal world that Aislinn has joined with other immortals in an effort to permanently separate it from Tir N’a Nog, the fairy realm.

Born in ancient Ireland, Aislinn spends millennia as the plaything of the cruel and narcissistic gods. The pain of being neither human nor Sidhe is offset by her relationship to the Fir Bolg, another race of fair folk who take pity on her lonely state; and the refuge she takes in being Das’s lover and protector. As Das comes to accept the possibility that Aislinn belongs to a supernatural world, he discovers that the two worlds are set to collide in a way that may mean the destruction of all humanity.

SG rating:  3 based on overall story; however, this is NOT a romance and there is no HEA

Author Scoop: For more information on the author, visit http://www.lisallamrei.com

This book was provided by the author for an honest review. No other compensation was offered or received.

One thought on “Reflections of the Gods by Lisa Llamrei”