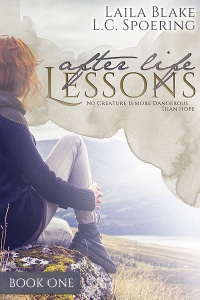 Laila Blake & L.C. Spoering stop by for the launch of their newest book. AFTER LIFE LESSONS. Laila Blake , born in 1985 in Cologne/Germany, is a bi-lingual author and translator.  Her novels include Driftwood Deeds and the soon to be re-released Lakeside #1: By the Light of the Moon. L.C. Spoering has a degree in English writing from University of Colorado. She has a long list of printed stories including “Your Wish” in A Princess Bound: Naughty Fairy Tales for Women and “Brunch” in The Big Book of Submission: 69 Kinky Tales.

RK: What was the inspiration behind AFTER LIFE LESSONS?

LAILA: We both really like the idea of pushing ourselves to things we ordinarily wouldn’t. So considering we are both hugely afraid of zombies, it was only logical. 😉 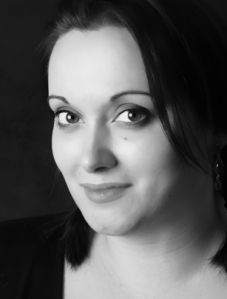 LORRIE: I hate zombies. I really do. They’re up there with clowns. I do like the idea, though, of exploring what one does in the face of something from a horror movie come to life. 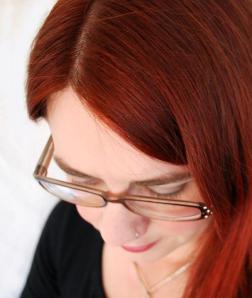 RK: How do you work out a collaborative novel? What strengths do you each bring to the project?

LORRIE: It’s a little like a virtual slumber party, with the two of us just chattering and coming up with ideas and molding them into a story.

LAILA: I also think that’s one of the reasons we love it so much – working together just releases a lot of creative potential. Lorrie is, I think, better at infusing an air of literature into the piece, and I guess I am good at making sure we plan a bit and keep the plot on track?

RK:  How do you feel the current changes in publishing benefits writers and readers?

LAILA: We are just slowly seeing what the music industry has been enjoying for years – the freedom that comes with the digitization of art. And while I can see a lot of the criticism that it thrown against self- and micro-publishers, personally I really love the fact that we all have a hand in creating a diverse reading landscape, that we can smoothly go from the next best-seller to feeling like a hipster with our favorite indie-authors.

LORRIE: All of that. It’s interesting to see how writers are now more able to be in control of their product and still turn something out that is professional, creative, and compelling.

RK:  Could you tell us a bit about your podcast?

LORRIE: It’s been on hiatus for awhile, due to illness and me up and moving kind of suddenly. We’re hoping to get it back to a more regular broadcast soon.

LAILA: It’s basically half-informative half-entertaining, and we discuss writing issues and the books we read, as well as topics of general interest in publishing. People say we giggle a lot! 😉

RK: What are some of your other current and upcoming projects?

LAILA: I will re-release my romantic fantasy novel By the Light of the Moon in May – it’s a sweet story about forbidden love between a strange noblewoman and her shapeshifting guard.

LORRIE: Through our imprint, I’ll be releasing a magical realism YA novel, At the Edge of the World, about a runaway in love with a mermaid, in June.

After Life Lessons: The Interlude (a collection of stories from the different characters) will be out later this summer, as well, and Book Two is scheduled for Winter 2014/2015.

RK: If AFTER LIFE LESSONS were a movie, what would be the soundtrack?

LAILA: In my head it would be all sweet indie singer-songwriters. Like Away We Go, for example. I think that would just perfectly illustrate what we tried we tried to do in the novel, setting the harshness of an apocalypse against the personal, small drama of people, grief and love.