Many of the fans and readers of SciFi Romance(SFR) have been advocating for the genre for years. When I started trying to increase the visibility of SFR it was already being published regularly in the e-publishing world. Lately I’ve been wondering, sense it was already available, why did we feel such a need to push it into the spotlight. And how have things changed? 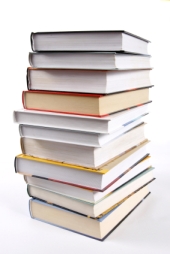 Ten years ago, e-books were still struggling to gain wide acceptance. Many people (if they’d heard of e-books) thought they were not REAL books or that they were only for books you’d be embarrassed buying in public. Others lumped them into the “vanity” publishing pile. If we are to be honest, we must acknowledge that there were some pretty bad ebooks in the beginning, but that was across genres and not particular to SFR.

Overtime independent authors have become much savvier about the business side of ebooks and the need for professional editing, cover art and so forth. It could even be said that SFR benefited greatly from the non-commercial, but often demanding of high standards, world of fan fiction. Possibly elevating the quality of SFR earlier than other subgenres.

What were we advocating for?

Perhaps our need to advocate for SFR was driven by the desire to overcome the stigma of the early ebook markets. Maybe we bought into the belief that e-books would take many years to gain viability and we simply wanted to ensure a long-term ready supply of reading materials. We may have thought that getting SFR into print was the only way to ensure the gains SFR had found in ebooks.

I doubt few see it that way now. E-books have gained in popularity and respectability. Traditional publishers are now frantically trying to find a way to capitalize on the success of indie authors. Several times in the last few months I’ve spoken to authors having sold SFR into major publishers, though mostly into their e-book lines.

The big question for me is, do I care? Should any of us care? With digital first publishers growing and traditional publishers rushing to develop digital first lines, do we need to see SFR in print? With indies being so successful, do we even need traditionally publishers to consider SFR a long-term viable genre? Have attitudes changed enough that we no longer define success in terms of traditional measures?

Certainly future generations will be increasingly tech savvy, but right now with many readers still consuming books as a paper product, can we assume SFR readers are tech focused enough to be predominantly e-readers? Or do we still need the print distribution provided by traditional publishers to reach the breadth of the reading public?

Personally, I’m not content with the current level of success for SFR. I want to see it gain a much larger audience. I’m just less and less certain how critical a role print books or even traditional publishers will play in helping SFR gain that audience.

What do you think?

39 thoughts on “How do you define success for SciFi Romance?”