Please welcome Maeve Alpin back tot he blog today. She has a great post about one of my all time favorite TV shows!

The Enduring Popularity of Fire Fly
by Maeve Alpin

At Word Con in San Antonio last month, I attended this fun panel, The Enduring Popularity of Fire Fly, with Michelle Sagara, Ginjer Buchanan, Kate Baker, Steven Brust, and Selina Rosen on Fire Fly. Firelfy lasted one short season, yet no power in the verse can stop us from enthusiastically hoping for more. One thing the panel brought up was the idea that because it lasted such a short time could it be it never had a chance to get bad and that’s one of the reasons it’s so special. That really is something to think about if it had run a few seasons would it have the same popularity to fans, to brown coats, that it does. 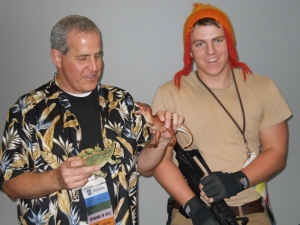 Some other reasons we find the TV show Firefly so special:
It was understated
It stretched out imagination
You can relate to the characters
We all wanted to be someone on that ship
Technology mixed with an old west feel – gives it a tie in to Steampunk

Of the 14 episodes many fans agree some of their favorites are:
“Out of Gas”
“War stories”
And “Jane’s town”

As far as life after Firefly or ways to get your Firefly fix:
Dark Horse put out comic adaptations: Serenity Volume 2: Better Days and Other Stories, 2nd Edition which includes Down Time. It’s a “slice-of-life, day-on-the-ship story depicting the crew of Serenity stranded on an icy planet.  Also from Dark Horse are Serenity: Those Left Behind and Serenity: The Shepherd’s Tale, which covers Shepherd and his past.

Steven Burst, who was on the panel and is best known for his Vlad Taltos novels, wrote – My Own Kind Of Freedom. This fan fiction novel is free to download in a format of your choice at his website.

Also I wanted to add that back in 2011 at Comicaplooza, I saw a screening of the film Brown Coats Redemption. That labor of love with all proceeds going to charity was written and directed by Michael C. Doughtery. From a gal’s perspective Firefly is always fitting of the coolest of cool label for many reasons one of the highest on my list is due to the strong female characters, who in all their roles even that of a companion showed the best of the female gender and a woman’s ability to do anything a man could do and often do it better. Well Brown Coat Redemption not only offered strong female characters, both the captain and the pilot were women and they filled those roles well, but also the twist to the plot was feminine based, Also all proceeds went to five great charities Equality Now, Kids Need to Read, Dyslexia Foundation, The All Wooten Jr. Heritage Center, and The Marine Corps – Law Enforcement Foundation. 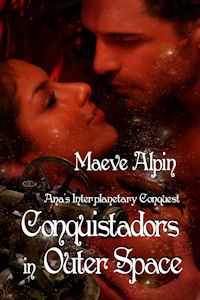 The movie Serenity came out in 2005, but was not greatly loved by most fans, mainly due to what happened to Wash in it. The Firefly episodes are available on Net Flix and you might also catch them on the Science Channel.

I leave you with, “Burn the land and boil the sea, you can’t take the sky from me.”

Maeve Alpin, who also writes as Cornelia Amiri, is the author of 18 published books including her latest Steampunk/Romance, Conquistadors In Outer Space.  She lives in Texas as does her son, granddaughter, and her cat, Severus. And she loves Firefly.

10 thoughts on “Guest Post: The Enduring Popularity of Fire Fly by Maeve Alpin”