Please welcome author Jessica Subject to the blog today! And don’t forget to answer her question to enter to win the book giveaway. 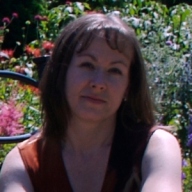 Thank you so much, Charlee, for having me on Smart Girls Love Sci-Fi and Paranormal Romance!

Organism cloning, the procedure used to create a new multi-cellular organism genetically identical to another, is a highly controversial topic. From a scientific aspect, cloning is a possible way to treat, what are now incurable diseases, using stem-cells. The controversy lies with the destruction of the embryo in the process.

But what if the embryo was left to develop into a fully-developed baby? Would the child survive? What medical issues would it face? With Dolly, the sheep, 237eggs were used, creating only 29 embryos. From those, only three lambs were born, but Dolly was the only one who lived. And there were signs she experienced accelerated aging, passing away at the age of six.

Advancing past that, what if we had the technology to create new life? What if scientists had found a way to increase the rate of survival? Yes, these are big what-ifs, and all something I address in the story.

In Made For Her, clones are not allowed to form lasting relationship, as they are seen as property of the military. Nothing else. Once they leave the labs, they go through basic training, preparing for battle. And they are likely to be killed on the front lines or by anarchy groups who object to cloning. But one clone, Dare, takes a chance, hoping to develop a relationship with the woman whose late husband donated his DNA. 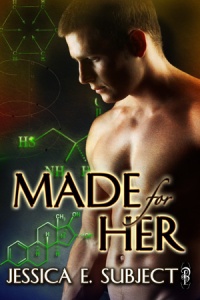 Made For Her Blurb:
After terrorists murder the love of her life, Colonel Mikayla Jones trains squadron after squadron of the clones he brought to life, to take to the skies. When she discovers a young clone of her husband in her newest class, her world spins out of control. How can she command the look-a-like when she can’t help but yearn for him to fill an ache in her heart?

Dare was created to be the best. As the first Daniel clone to leave Onatria labs, he needs to prove he is more than just a DNA copy. To do that, he must rely on the wife of the man who donated his genes. But when she refuses to train him, Dare faces discharge and returning to the labs. Can he convince Colonel Jones to finish his training and find a way into her bed? Or will long kept secrets unhinge the entire clone project?

Bio:
Jessica Subject started writing to encourage her daughter to read. Now she writes to keep herself grounded. Although she reads many genres, she enjoys writing Science Fiction Romance the most and believes everyone in the universe deserves a happily ever after. She lives Southwestern Ontario, Canada with her husband and two kids and loves to hear from her readers.

Giveaway!!
For your chance to WIN Made For Her swag and an ebook copy of one of my backlist titles, leave a comment telling me what you would do if you met a clone of someone you loved. Winner will be notified by email on January 20, 2013. Good luck!