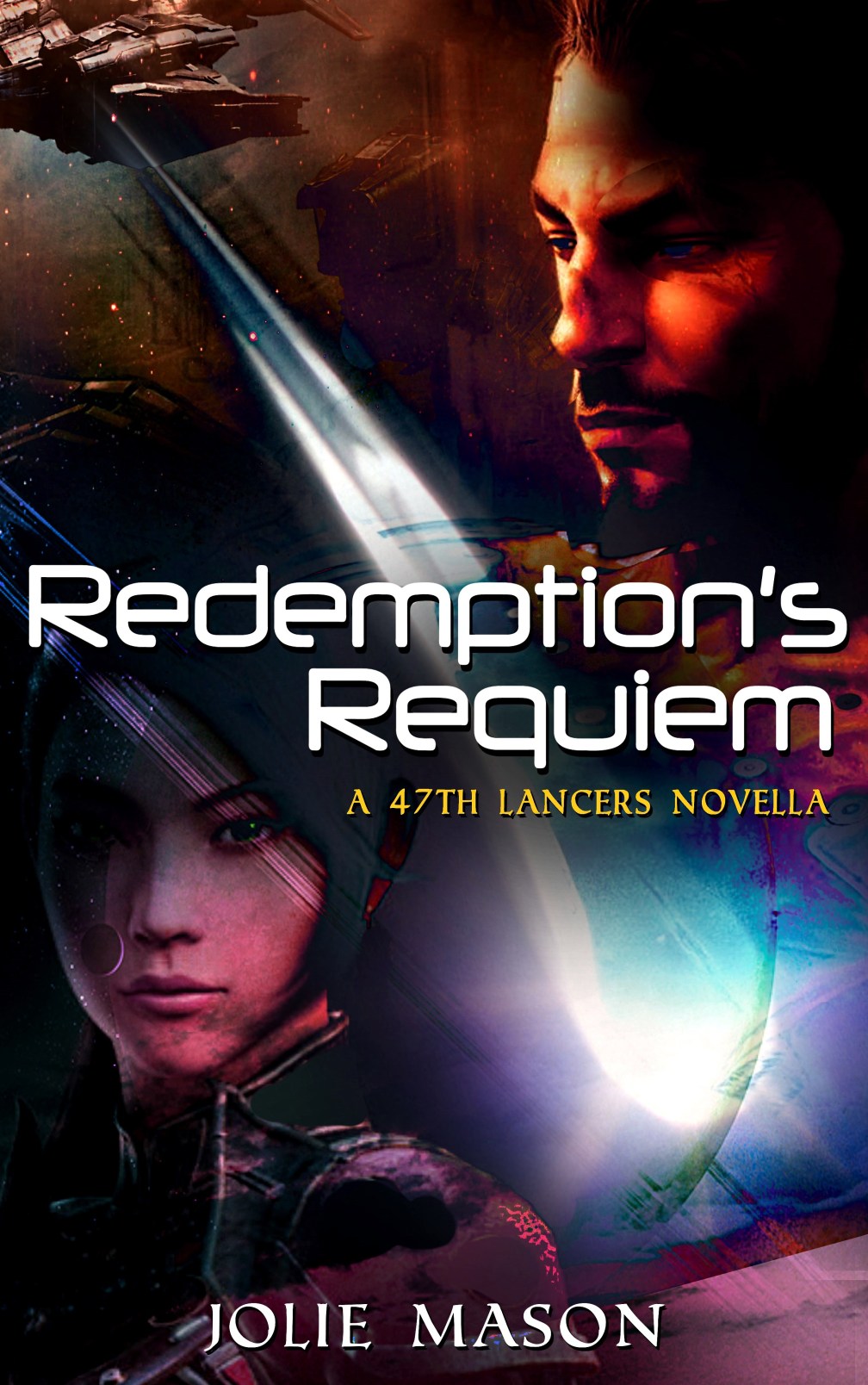 JOLIE: Jane Eyre, by Bronte believe it or not. Also, Andre Norton, Anne McCaffery, I remember finishing Watership Down with my mind blown, and just feeling, “I wanna do that.”

JOLIE: Romance – Easy I like happily ever after. There’s enough bad out there to see everyday, I like a good shot of hope once in a while. SFR is the first category I’ve really stuck with for some reason. I suspect it’s the possibility it offers. It’s one of the only sub-groupings you can really build your own world from the ground up with the exception of fantasy. I also love gadgets. Tech of all kinds makes me very happy.

JOLIE: I usually engage with the struggle. As a reader and a writer, I want to see someone who’s been through something and come out the other side, maybe a little singed, but intact.

SGLSF: Where is your favorite place to write and why?

JOLIE: I have an old rickety desk that I got at a thrift store, and I wouldn’t take a thousand dollars for it. We started this together, me and that old desk.

JOLIE: Brother Mine is almost finished and ready for edits. It’s centered around an alien culture known as the Brax who are subjugated to humans, and society is teetering on the brink of allowing the unthinkable to happen, genocide. Mal Renata is a political activist fighting to stop a bill from going through that would begin the quick slide down the slippery slope for mankind. Adame, pronounced AH-dahmay, is Braxian and an assassin who falls down the rabbit hole with her, getting swept up in political intrigue and war.

And some fun questions…

SGLSF: What would be your dream spaceship?

JOLIE: As far as spaceships go, I’m a Farscape leaner. I’d love a Moya. The idea of a living ship with a symbiotic relationship with its passengers would be just amazing. Imagine, living inside another living being! So. Cool. Of course, throw in a John Crichton and I’m so there.

JOLIE: Over the years, I’ve given this question some thought, and, if I was going to requisition some ability or other. I’m gonna go with invisibility. I know it’s got it’s cons, but the pros really outweigh the cons, I think. I’m a little curious by nature, so the luxury of being able to sneak into all those places people never let me go would be awesome. Also, the prank potential alone has serious resale value.