I’m Sharon and I read, write, and edit erotica.

I’m far from alone in this — as my literary agent said recently, “smut has gone mainstream” — but that didn’t make embracing this part of my identity any easier. You see, you can take the girl out of Oklahoma … I think you get where I’m going with this.

I think it gets back to that question of identity. If we tell someone we read or write erotica, we worry they’re picturing us having kinky sex. We worry they’ll believe we actually have kinky sex.

Or, we worry that it means we might be open to doing the things we’re writing or reading about, and there is sometimes real fear associated with those feelings.

Maybe we do have kinky sex. Maybe we don’t. Maybe we just experiment with it. Or maybe we’re single and only have sex with ourselves. Really, none of this is the point. Because we may read Stephen King too, and that does not make us psycho killers (or even a person who wants to hang out with psycho killers). Hopefully you can follow my logic here without thinking I’m equating kinky sex enthusiasts with psycho killers.

Perhaps a better example is the fact that lots of women fantasize about rape while having sex. This is not an indicator that a woman wants to be raped. It’s a fantasy, where everything is happening in the safety of her own mind.

I explored this inner conflict in the first novelette in my new erotica series (THE GARDEN RULES):

I remember what the abnormal psych professor I work for once said to one of her undergraduate classes. “The mind is a ground for experimentation. Our thoughts do not define us. And even our darkest, most bizarre thought cannot separate us from the rest of humanity. Only giving in to impulses that lead us to be insensitive or cruel to others can create that distance.”

Until my FANTASIES IN COLOR series, I’d written only sci-fi romance novels with steamy content. Explicit, yes, but not erotic according to today’s understanding of the term. I remember the day I wrote my first erotica scene (procrastinating on a deadline, of course). I had this idea that it would be good to branch out. I’d only been traditionally published up to that point, and I felt strongly that it was important for me to get a toe in the door of indie publishing. Also, my novels are written for a growing but still niche genre, and sales do not pay the bills. With the explosion in erotica over the last decade — and considering I was already writing sex in my novels — I figured it couldn’t hurt to try.

What I was not prepared for was the fear that bubbled up as I got more serious about this endeavor. That fear reached its apex when my agent spoke these words: “Why would you want to use a pen name?” Okay, I’ve paraphrased. The point is, she strongly felt that using a pen name would be throwing away an opportunity to boost my brand, along with the sales of my other work.

And wasn’t that the whole point of doing this?

So I owned it. I finished that novelette, ran a cover contest, and published it under my own name. I announced it all over social media. I started the second story in the series.

And guess what? It energized me. It felt like artistic exploration. An expression of self (in a nonliteral sense). And heck, it was fun! You know those beautiful wedding cakes with the lifelike frosting flowers? I’m only a passable baker, but for me writing erotica feels like that must feel to a pastry chef.

With all that said, earlier this month I went to a creativity retreat. It was a week of meditation, yoga, and writing. When I say writing I don’t mean staring out the window at the ocean and fantasizing about writing, nor do I mean I got lots of work done that I could actually use in my job. We were writing to prompts, and in most cases those prompts unearthed deep emotions. Intense fear, grief, and joy.

In this place of close internal examination, I bumped up directly against all my fears associated with writing (and not just the erotica). One of the teachers at the workshop was an artist and painting instructor. She had genuine warmth and empathy, and contagious enthusiasm. She gave a presentation on her work, and I realized she was a person who could understand the questions I’d been asking myself. 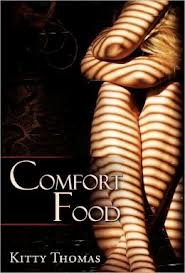 I cornered her the next morning and poured out my heart. I told her I was doing a thing that I believed many people would judge, but that brought me a sense of creative freedom and expansiveness. I told her that fear of judgment sometimes made me unclear that what I was doing was right for me. What I was looking for, really, was validation and encouragement.

Barbara beamed at me, and she said a lot of beautiful, encouraging words, but here is what stuck with me:

“Anything that comes from a place of opening and spaciousness and makes you feel energized and alive is something you can trust and feel safe in.”

She also said, “You should tell people about this. Share it with others. How you first felt one way about it, and now feel another, because this will help them too. Some people won’t understand what you’re doing or won’t like it, but that’s okay.”

I felt free in that moment, and I knew that she was right. Confession by confession, maybe that dirty little secret can finally die.

Do you write and/or read erotica? Any conflicting feelings about it? Why does (or doesn’t) it appeal to you?

An RWA RITA Award finalist and a three-time RWA Golden Heart Award finalist, Sharon Lynn Fisher writes stories for the geeky at heart — meaty mash-ups of sci-fi, suspense, and romance, with no apology for the latter. She lives where it rains nine months of the year. And she has a strange obsession with gingers (down to her freaky orange cat). In addition to her erotica stories, she’s authored three science fiction romance novels for Tor Books: Ghost Planet (2012), The Ophelia Prophecy (2014), and Echo 8 (2015). Visit her at www.sharonlynnfisher.com.

31 thoughts on “Embracing Erotica: Death to the Dirty Little Secret”