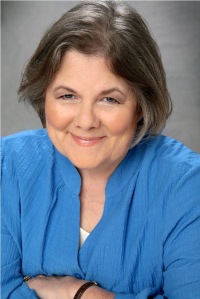 Veronica Scott is the author of paranormal and SF romance. Her DANCER OF THE NILE was a 2014 Golden Quill Finalist. The series also includes PRIESTESS OF THE NILE, WARRIOR OF THE NILE, AND MAGIC OF THE NILE. She devotes equal time to writing SF Romance including 2013 Galaxy Award Winner WRECK OF THE NEBULA DREAM and ESCAPE FROM ZULAIRE, which received both a 2014 National Excellence in Romance Fiction Award and an SFR Galaxy Award. Her latest is MISSION FROM MAHJUNDAR.

She is also a columnist for the USA Today “Happily Ever After” blog as well as an RWA member and Treasurer for the Fantasy, Futuristic, and Paranormal Special Interest Chapter.

So, let’s join her as she takes some time from her busy schedule to join us here on SMART GIRLS blog.

RK: When did the desire to write begin for you and what got you started on the path to publication?

VERONICA: I started writing at the age of seven, a magnificent opus with flying horses, self-illustrated no less. I was always a very imaginative kid and our house was full of books. Dad was a science fiction fan and gave me my first Andre Norton book at a young age. Mom loved ancient history so we had all the sword and sandal novels and Time-Life books about Egypt, Greece and Rome. I continued to write as I grew up but didn’t seriously pursue getting published until after my daughters were grown and had moved out. I wrote PRIESTESS OF THE NILE, sent it off to the Carina Press slush pile and a few months later got The Call from Angela James. Now I self-publish both the SFR and the more recent ancient Egyptian novels.

RK: ESCAPE FROM ZULAIRE, for example, is definitely an SFR yet has a unique mix of spiritual, mystical, and mythology. Can you tell us a little about how you create settings and cultures for your stories?

VERONICA: I grew up loving Andre Norton and Anne McCaffrey and others who presented the reader with a completely formed world containing a lot of mysteries and back story that often never got fully explained to the audience, or to the characters. The authors knew how to give you glimpses of all the other stuff, just enough to leave you wanting more. I try to create similar worlds to the best of my ability. For the SFRs, which occur in a future galactic civilization called the Sectors, I have a very detailed backstory for myself about things and events that happened before the humans ever got out there. I work hints into the plots as I can.

When it comes to the planet-based happenings, I like to have a mix of the three elements you mention. I’m sure all the research I’ve done into ancient Egypt, as well as other long-gone cultures, kind of mixes together and inspires the Muse in my subconscious. Then as I start to write the story, I ask myself “why this” and how does that” and “if I lived on this planet what would I…” The novels may be science fiction, based in a technological, galactic civilization but I want there to be that element of something else, something mystical, that can’t quite be explained. By anyone!

I can’t really define my process better than that. I’m notorious for being superstitious about how my Muse works. To those who say that’s nonsense, ok, fine, you’re entitled to your opinion and your methods, but this is the process that works for me. I start writing and the words flow. The worlds of Zulaire and Mahjundar are two examples of the outcome.

RK: There has always been a discussion among the romance community about what makes a good hero: what makes a hero ‘alpha’ and whether or not ‘alpha’ is the best term to use. How to you go about creating your heroes?

When I start a novel I always know who the hero and heroine are. It’s just part of my writing process to have them arrive kind of fully formed in my head. I may not know everything about them yet (I’m a seat of the pants writer, can you tell?) but we’re very well acquainted! I like the tough-but-caring military man. I like that “quiet professional” approach to life. When the bad things happen, you know he’ll be right there, in the thick of the action. Just the guy you want watching your six, as the military says. Yet he’s also got a soft spot in his heart, a very caring side he doesn’t show too much, or to just anyone. And the heroes in my books admire strong, capable women, because my heroines don’t give an inch. As someone said about Mara in WRECK OF THE NEBULA DREAM, “She’s not there to be rescued, either help her or get out of her way.”

So my guys are alpha, take charge, special forces soldiers of their time, be it the far future or the distant past. Usually they have some personal challenge as well though (not going to give spoilers) because I try above all to write them as human beings and no man or woman is all one characteristic. Or perfect!

RK: You write a column for USA Today as well as a lot of work within RWA and the various online SFR and writing communities. How has networking and being active in the romance reader world been helpful to you as a writer?

I was extremely fortunate to fall into several wonderful groups of fellow authors right away – the Carina Press loop and the Los Angeles RWA chapter. Some of my best friends in the writing world are in that core nucleus of people. They were generous in sharing tips and advice, and over time the connections we all made with each other led to new connections, like the SFR Brigade and the RWA FF&P Chapter. I wouldn’t be able to self-publish so effectively without advice Marie Force gave me early on, when we both wrote for Carina and the continuing advice from all the authors on her self-publishing loop. Marie and others, like Heather Massey of The Galaxy Express, are so dedicated to “paying it forward” and helping fellow authors along the road. I try to do the same thing as well, as much as I can. The USA Today/HEA SciFi Encounters column has been a wonderful vehicle for that, thanks to my editor Joyce Lamb.

RK: What are the best and worst parts of the writing process for you?

VERONICA: The best part is being able to share my stories with other people. The storyteller in me loves that. I had two different readers tell me last week that they stayed up all night reading MISSION TO MAHJUNDAR, which I took as high praise. It made me feel great that they became so invested in characters I’d created. The worst part is that I have too many ideas and not enough time to write them all. It’s hard not to get distracted by the latest, shiny idea.

RK: If you were a superhero, what would be your super power and your superhero name?

Actually, I’d choose to be the ancient Egyptian goddess Ma’at, who represented truth and justice. She regulated the stars and seasons and kept order in the universe. She was one of the judges who weighed the person’s heart after death, in a great golden scale, to see if they could enter the Afterlife. Wearing her red ostrich feather in her hair, she appears frequently in my novels and was immensely powerful, although modern day readers are probably more familiar with Isis. Hey, I’m a Libra (with the scales), so it’s a good fit!

RK: Which dystopia would you rather fight it out in- an invasion by hostile aliens (such as Independence Day) or destruction of humanity via AI intelligences (such as Terminator)? How prepared are you? (GRIN)

I can handle either one as long as I have a very tough guy to watch my six and some heavy duty weaponry. Blasters, pulse rifles, nice armored vehicle, maybe a flying craft as well…If I was in the Independence Day Situation, I’d want the Jeff Goldblum character to be alongside too, with all his computer smarts. If I was in a Terminator crisis, could I please have Brian Austin Green’s character from the Sarah Connor Chronicles? (Closes eyes, visualizes his excellent tattoos…..) Um, where were we?

Thanks so much for having me as your guest today!

Stay tuned for part two, and excerpt from MISSION TO MAHJUNDAR.