This New Adult Science Fiction Romance will be available June 3rd, 2013; but we’re getting a first look. 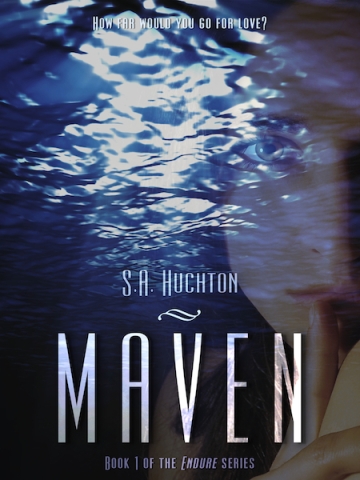 How far would you go for love?

Since losing her parents at 14, young prodigy Dr. Lydia Ashley has focused on one thing: an appointment on the Deep Water Research Command Endure. Now 21, she’s about to realize that dream, but nothing is how she imagined it would be. Her transitional sponsor forgets her, her new lab is in complete chaos, and, as if that weren’t enough, she’s about to discover something so horrific it could potentially destroy all life on the planet.

Daniel Brewer, a noted playboy and genius in his own right, may be exactly what she needs… Or he may make everything worse.

Has she finally found a puzzle she can’t solve?

Starla Huchton released her first novel, The Dreamer’s Thread, as a full cast podcast production beginning in August 2009. Her first foray went on to become a double-nominee and finalist for the 2010 Parsec Awards. Since her debut, Starla’s voice has appeared in other podcasts including The Dunesteef Audio Fiction Magazine, The Drabblecast, and Erotica a la Carte. She is also a voice talent for Darkfire Productions, and narrates several of their projects, including The Emperor’s Edge series, This Path We Share, and others. Her writing has appeared in the Erotica a la Carte podcast, a short story for The Gearheart, and an episode of the Tales from the Archives podcast (the companion to Tee Morris and Philippa Balantine’s Ministry of Peculiar Occurrences series), which garnered her a second finalist badge from the 2012 Parsec Awards. Her second novel, a Steampunk adventure entitled Master of Myth, was the first place winner in the Fantasy/Science Fiction category of The Sandy Writing Contest held annually by the Crested Butte Writers Conference. Maven is her third completed novel and the first in a planned series of four.

After completing her degree in Graphic Arts at Monterey Peninsula College, Starla opened up shop as a freelance graphic designer focusing on creating beautiful book covers for independent authors publishers. She currently lives in Virginia where she trains her three Minions and military husband.

You can find MAVEN on Goodreads: http://www.goodreads.com/book/show/17883119-maven
And you can find Starla all around the web:
http://www.starlahuchton.com