Only one of these new releases is marketed as a Futuristic, but they are SciFi Romance enough for me. Coming in November…. 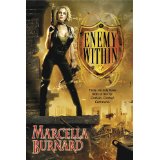 This debut pairs an ex-military officer with a pirate and is the third Futuristic relased from Berkley this year. Yay Berkley! It is also an RT Book Reviews TOP PICK! Yay Marcella!

Another RT Book Reviews TOP PICK! I know it is more paranormal than anything, but it is set in the future. I am on the edge of my seat waiting for this one. The teaser at the end of the last book in the series was – wow! 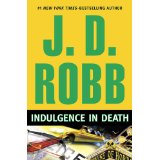 A hardcover release takes us back to JD’s future NYC and Eve and Roarke. The In Death books are always on my buy list.

Anyone have other new release recommendations?