Welcome to our new weekly feature: Wednesday SFR Round-up.  Every Wednesday we will be announcing new releases, the week’s bestsellers and a selection of on sale and free SciFi Romance books. Apologies for being late this week! 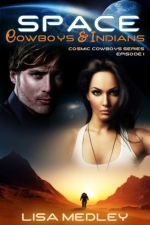 Two NASA washouts end up on the same asteroid mining job. They soon discover they’re not alone. As they try to escape, they are pulled through a wormhole and back to the early 1800s New Mexico desert where aliens and Apaches may be the least of their problems.

Spin across the galaxy as Violet and her Grand Master hunt their enemies. Empath Violet is his secret weapon. What will they sacrifice for victory?

Charlee says: Mars needs women trope! 50 pages
To be released July 17
Available on Amazon US for $1.99 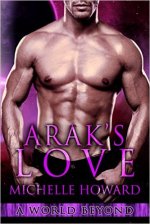 Arak’s Love: A World Beyond Book 2
by Michelle Howard

Charlee says: She’s looking for a husband, but captured by aliens and headed for the sex slave life. He’s her savior. Could he also be husband material? 192 pages
To be released July 17
Available on Amazon US for $3.99 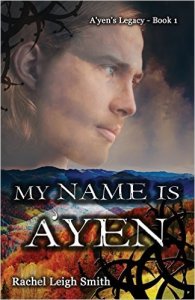 My Name Is A’yen (A’yen’s Legacy Book 1)
by Rachel Leigh Smith
They’ve taken everything from him. Except his name.
350 pgs

Scarlet and the White Wolf 4: The King of Forever by Kirby Crow 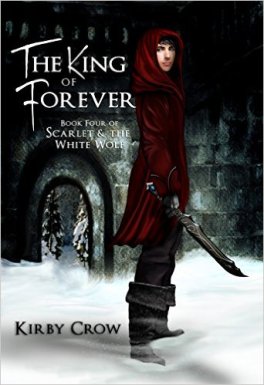 An exiled prince falls in love with a proud and stubborn commoner, but neither of them are who they seem.

Charlee says: Love this cover art!  This seems to be a multi-book fantasy series with a strong gay romance – not SFR – but I couldn’t pass up mentioning it.

The sea level has risen five metres. A massive solar event has wiped out all electrical power and the minds of all exposed, leaving them Blank. But Stone Luckman has rescued a woman who is just the opposite – Mel Palace can read minds. Together they might be able to reboot humanity.

Charlee says: This appears to be Metaphysical SciFi with a romantic element – not SFR – but the author submitted here so, maybe.  Enter at your own risk.