This week is a hodgepodge of supernatural shows. They may not have lasted long or gotten the best ratings, but, hey,  why not cover them. 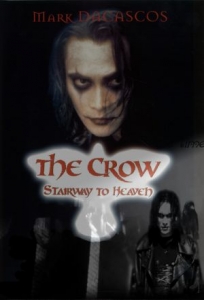 This was based on the film which was based on the comic. So, it’s the comic once removed. Which means they can take liberties and you can’t complain. It starred Mark Dacascos as Eric Draven, lead guitarist in a rock band who is murdered along with his girlfriend. He rises from the dead and exists between the land of the living and the land of the dead to get revenge. But he also uses his powers for good.

I rather enjoyed the Crow. It wasn’t perfect-it had a tendency to be too melodramatic -all the black, goth sort of image comes across kind of cheesy now. Maybe I was just at a stage in life when that appealed to me. 🙂 Still, there are things to enjoy. And its on Hulu.

Remember this? It pops up all over the place in re-runs. Tia Carrere plays Sydney Fox, an Indiana Jones-style archaeologist who goes on exciting adventures collecting relics, solving ancient mysteries, and running across a paranormal object or two in the process. It’s a fun show, that never takes itself to seriously.  It’s neat to watch Sydney Fox fight off bad guys and be involved in all sorts of daring do. There is an attempt to connect most of the relics to actual history-though never terribly accurate. It ran for three seasons and was broadcast widely internationally. You can catch it on Netflix. 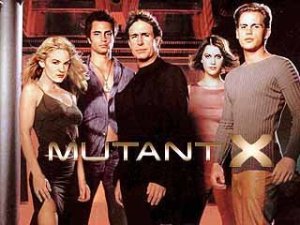 Mutant X (2001-2004)
This show was about a group of people who discover they have extraordinary powers due to genetic engineering. If you’re thinking this title and premise sounds vaguely like a famous franchise, well, chase that thought right out of your mind. They already fought that legal battle and won. Kind of.

Basically, it follows the adventures of one group of these new mutants who search for and protect other mutants like them. (yeah, I’m struggling to understand the legal difference too). They have a leader, Adam Kane, a scientist who helped create them. And his team consists of Shalimar, Jesse, Brennan, and Emma. They all look like catalog models and mainly walk around in fashionable, tight fitting clothing trying to look all mutant-y and mysterious. The mutants have different types: Ferals, Elementals, etc. but the guest stars just have whatever power the plot requires for the episode. They have a nemesis that looks like Andy Warhol and another named Ashlocke. It’s all a bit silly for my taste, but hey, some people loved it. Lasted three seasons and had good ratings.

So, Smart Girls readers, have you seen any of these shows? Feel free to leave a comment.

11 thoughts on “SF Obscure: May Hodgepodge”