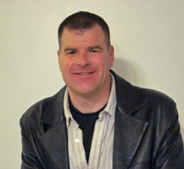 Mike Phillips is a fantasy author whose work has been published widely online as well as several anthologies, including Daylight Dims, Dark Eclipse, The Big Book of New Short Horror and Heroes and Heretics: a Pulp Fiction Anthology. His book The World Below was released in September. (You may remember Mike from his guest post on goblins.

RK: What made you decide to become a writer? How did go about pursuing your goal?

MIKE: Writing was never anything I planned to do. When I finished college, I landed a great job, but I soon became bored. I needed a creative outlet. Hobbies like woodworking and needlepoint just weren’t for me, so I started writing short stories. One story led to the next and I thought it might be fun to get published. That went well. Sure, there were disappointments and lots and lots of rejection letters, but a handful of editors gave me the encouragement I needed to keep going. Then I decided to do something a bit more involved, something book length. Writing a book is a monumental task, but I loved every minute of it. That first novel is locked safely away in the depths of my hard drive, never to be seen, but it did start me on the path I follow now. Next came Reign of the Nightmare Prince, then The World Below. Dawn of Ages is being released shortly. For a hobby, things have turned out well. I hope your readers check out my writing. It’s a lot of fun.

RK: What attracted you to the fantasy genre? What do you think fantastical genres offer to readers?

MIKE:Though I didn’t understand it at the time, my father gave me a wonderful gift growing up. All summer long, the television was turned off. Instead of watching reruns of Happy Days and Star Trek, my time was spent reading. My dad took me to the local library once a week, but I never really found anything that made me fall in love with reading. Then I stumbled upon a series of books about children who traveled to a magic land called Narnia. I can still remember pulling Voyage of the Dawn Treader from the shelf, looking at the cover and reading the first few paragraphs. After that, I started reading all the fantasy and science fiction books I could find.

Since then, I’ve loved fantasy books and movies. I love the magic and mystery, the worlds where anything can happen. I try to carry that sense of wonder into my writing. I love creating worlds with fantastic creatures and bringing that sense of joy and discovery to others.

RK: Your novel THE WORLD BELOW focuses on goblins. What made you choose that particular creature for your focus?
MIKE:When I read books or watch movies, more often than not I find the villains more interesting than the heroes. Especially in modern literature, heroes and anti-heroes have been overdone. They never lose and seldom even stumble upon the way. They have become cartoonish, with hardly any depth at all. I wanted to go in a new direction, to do something that hadn’t been done before.

When it comes to goblins, there is a lot in literature and mythology to draw upon. Goblins are big and small, clever and stupid. The choices are so varied that, for an author, creating a world with goblins there are few rules. So for my goblins, I decided upon something small and cute -in an ugly sort of way. The goblins in my story are very intelligent. They have been able to live on the fringes of human society, undiscovered, even in an age of security cameras and cell phones. Their magic centers around stealth and concealment, not on strength against enemies. Goblins are always found in groups, so even though they argue amongst themselves, this demonstrates a core value of their society. They need teamwork, they need friends, to survive.

In The World Below, Mitch Hardy is an ordinary guy. He befriends a goblin quite unknowingly. By a simple act of kindness, he touches the heart of a monster and they become friends. The goblins stay true to their nature, minus the baby-eating, and teach Mitch something about their ways. They lead a hard life, taking joy where they can, and relying upon the bond of friendship like few humans do. To me, that’s what makes a hero, being able to see the troubles others face and trying to do something to make it better.

RK: What kind of research do you do for your novels?
MIKE:For The World Below, I did none. Ha! None at all. That may sound terrible at first, but I wanted to put the magic back into fantasy. When you read modern fantasy, all too often magic becomes a system. It becomes standardized, like a science unto itself. For me, that takes the fun out of it. In The World Below and its forthcoming sequels, anything can happen. My goal is to make my work like Christmas morning, seeing all those beautiful packages and being filled with wonder and expectation. So I didn’t do any specific research for the book. A lifetime of reading, an interest in myth and legend, have strongly shaped my work and this book is no exception.

RK: You have written lots of short fiction. What are the similarities and differences in how you approach short fiction versus longer works?
MIKE:Both short fiction and novel length works have their attractions. With a novel length project, an author gets to know the bones of the story, the characters, setting, and whatnot very well. The focus, and the fun, then becomes the complexities of plot. In short fiction, I find that I can be a lot more creative. The plot is less involved, so creating the new people and worlds to go with the story becomes a challenge. With short stories, I often try out characters and themes to see if they might work for a larger project. The goblins Puttygut and Thudrott began that way. Writing them was so much fun, it seemed only natural to do something more.

RK: As a writer, what inspires you? Do you use real life events or people as inspirations?
MIKE:Nature, the world around me, is my true inspiration. I can’t tell you how many of my stories began with a low hanging cloud or a rustle in the bushes. I find miracles in everything around me. The Earth is a wonderful place and I try to express that beauty in my work.

RK: If you were a superhero, what would be your powers and your superhero name?
MIKE:Wow! That’s a tough one. After bashing superheroes in question three above, I have to give this some careful thought, lest I reveal myself as shallow and cartoonish as those stories I railed against. The funny thing is, it’s hard to imagine myself in those terms. I don’t long to fly or toss lightning bolts at others. I do seek understanding of the world around me. I’m interested in that. Reading minds would be more of a curse than a blessing. Hmmmm. So if I had to choose, I think it would be the ability to talk to animals. How interesting that would be. What to do with that knowledge would be the next question. I’m afraid, not much, but you never know.

RK: What SF technology do you think might be a real possibility in the future? Why?
MIKE:Tech is a lot of fun to speculate about. I think the immediate future holds more in 3-D imaging technology. As the technology gets smaller and smaller, the device used to access the burgeoning internet will be reduced to the size of a watch or a pair of glasses. I’d like to see advances in energy. Solar panels and windmills for the average suburban home would be a boon to the world. The big disappointment to many of us, however, will be flying cars. Sorry, but I don’t think that will ever happen. People are, as a rule, reckless. Even now, texting and other dangerous behaviors while driving results in too many accidents. I can’t imagine a world with flying cars. For the everyday, I’ll stick with my Chevy or take the train.

Check out Mike Phillips at his site and his books.

REIGN OF THE NIGHTMARE PRINCE 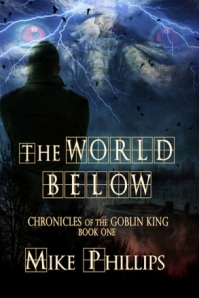 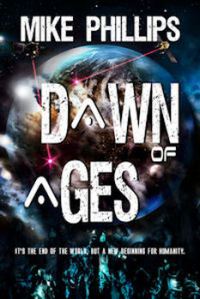