Today on the blog, please welcome one of my favorite authors, Nancy Cohen! All commenters during Nancy’s blog tour will be entered into a drawing for a Warrior Prince tee shirt and magnet and a pdf copy of Warrior Prince. Go to http://nancyjcohen.com/Appearances for a complete schedule of her tour stops. 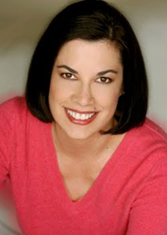 WHAT ARE VILE VORTICES? by Nancy J. Cohen

Is the Bermuda Triangle real? Also called the Devil’s Triangle, this area in the Atlantic Ocean ranges from Bermuda to Puerto Rico to Miami. It’s the site of anomalies where ships and planes have disappeared, and radios and compasses stop working. Flight 19 was lost there in 1945, and a ship called the USS Cyclops vanished at sea in the area. What’s happening in this mysterious region? Are fanciful imaginations at work, or is there truly a phenomenon here that defies explanation?

Books and articles have attempted to explain the disappearances with theories ranging from sudden storms to electromagnetic disturbances to alien abductions. In my story, Warrior Prince: Book One in the Drift Lords Series, I propose another explanation. The Bermuda Triangle is a rift between dimensions.

It’s not such a far out idea.  Some people believe an electromagnetic grid lies deep below the Earth’s crust and has multiple surface areas of manifestation. This energy field intersects the globe at twelve distinct geographic points called Vile Vortices. These regions are often the sites of anomalous activity. The lines connecting these points are termed Ley Lines. Five each of these vortices are at an equal distance above and below the equator. Two are located at the north and south poles.

The Bermuda Triangle represents one of these Vile Vortices. Another area is called the Dragon’s Triangle. Also called the Devil’s Sea, this region in the Pacific basin is located southeast of Japan between Iwo Jima and Marcus Island.  It’s the site of similar anomalies where ships and planes disappear, more so even than the Bermuda Triangle. In fact, Japan declared these coordinates a danger zone for shipping. They sent a research vessel to investigate in 1952. It vanished without a trace. Myth blames the disappearances on an undersea dragon, hence the nickname.

My new series expostulates on this idea further. A militant race called Trolleks have invaded Earth through a crack in the Bermuda Triangle, a gateway between dimensions. The Drift Lords—warriors from space—are summoned to quell the invasion and to seal the rift. But the Drift Lords cannot accomplish their task alone. According to prophecy, they must join with a select group of Earth women whose special powers can defeat the enemy. Here’s a scene showing how one of the heroes explains what’s going on to his destined mate:

“The dimensional faults underlying your planet fuel an energy grid that intersects at twelve distinct geographic areas. These points, known as Vile Vortices, are sites of anomalous activity. The lines connecting these points are termed ley lines.”

“You mean, places like the Bermuda Triangle are vortices?”

“Indeed. They act as doors between dimensions when rifts occur. Just as Earth has tectonic plates, dimensional plates exist on a cosmic energy level. These plates are usually in alignment except for occasional drift. When the plates grind against each other, the resultant pressure forces open a door between dimensions. Normally, the event horizon at this natural rift produces a substance called cors particles. When their mass reaches a certain level, the resultant pressure forces the rifts to close. This time, however, the Trolleks have devised a means to force open the rifts and keep them from shutting down. With the portals remaining open, the accumulation of cors particles will breach the point of no return. The dimensional drift will widen, causing a massive shock wave that alters reality in all dimensions. It will destroy everything in existence.”

Ragnarok—the end of all times in Norse mythology—is prophesied to occur again unless the six sons of Thor unite with the six daughters of Odin and recite an ancient rune. The Drift Lords, capable in battle against a known foe, need the Earth women to deal with the mythological elements. Only by working together can they defeat the evil spreading across the land. 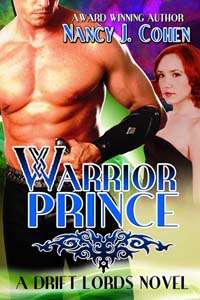 Warrior Prince: Book One in the Drift Lords Series by Nancy J. Cohen
When mythologist and Florida resident Nira Larsen accepts a job as tour guide for a mysterious stranger, she’s drawn into a nightmare reality where ancient myths come alive and legendary evils seek to destroy her. To survive, she must awaken her dormant powers, but the only person who can help is the man whose touch inflames her passion.

After a dimensional rift in the Bermuda Triangle cracks open and an ancient enemy invades Earth, Zohar—leader of the galactic warriors known as the Drift Lords—summons his troops. He doesn’t count on a redheaded spitfire getting in his way and capturing his heart. Nira has the power to defeat the enemy and to enslave Zohar’s soul. Can he trust her enough to accomplish his mission, or will she lure him to his doom?

About Nancy:
Nancy J. Cohen is a multi-published author who writes romance and mysteries. Her popular Bad Hair Day mystery series features hairdresser Marla Shore, who solves crimes with wit and style under the sultry Florida sun. Several of these titles have made the IMBA bestseller list, while Nancy’s imaginative sci-fi/paranormal romances have garnered rave reviews and a HOLT Medallion Award. Active in the writing community and a featured speaker at libraries and conferences, Nancy is listed in Contemporary Authors, Poets & Writers, and Who’s Who in U.S. Writers, Editors, & Poets.

17 thoughts on “What are vile vortices? with Nancy J. Cohen”