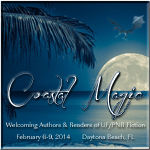 Today, we have our final feature post for Coastal Magic Featured Author, Alex Hughes. To wrap things up I thought we’d take a sneak peek at what’s on the horizon for Alex’s MindSpace Investigations series. 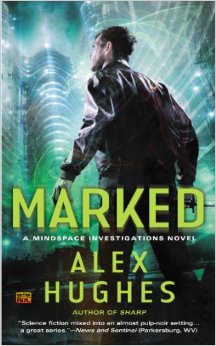 One of the secretaries found me on the way out and handed me a message slip.

Freelancing for the Atlanta PD isn’t exactly a secure career; my job’s been on the line almost as much as my life. But it’s a paycheck, and it keeps me from falling back into the drug habit. Plus, things are looking up with my sometimes-partner, Cherabino, even if she is still simmering over the telepathic Link I created by accident.

When my ex, Kara, shows up begging for my help, I find myself heading to the last place I ever expected to set foot in again—Guild headquarters—to investigate the death of her uncle. Joining that group was a bad idea the first time. Going back when I’m unwanted is downright dangerous.

Luckily, the Guild needs me more than they’re willing to admit. Kara’s uncle was acting strange before he died—crazy strange. In fact, his madness seems to be slowly spreading through the Guild. And when an army of powerful telepaths loses their marbles, suddenly it’s a game of life or death.…

Marked is now available for pre-order on Amazon. 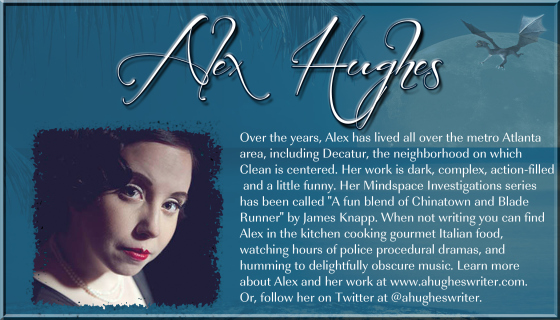 Learn more about Alex and her work at http://www.ahugheswriter.com/ or connect with her on Facebook orTwitter.

Learn more about all of the attending authors on the Coastal Magic FEATURED AUTHORS page!

If you haven’t already signed up for Coastal Magic, what are you waiting for? Go now! See you there!