Excited to be announcing the best SFR Hero as decided by you the readers! That’s right, nominated and voted on entirely by our readership. You all have confirmed something I’ve suspected all along, SFR readers have figured out that heroes are at their best when they come in multiples. 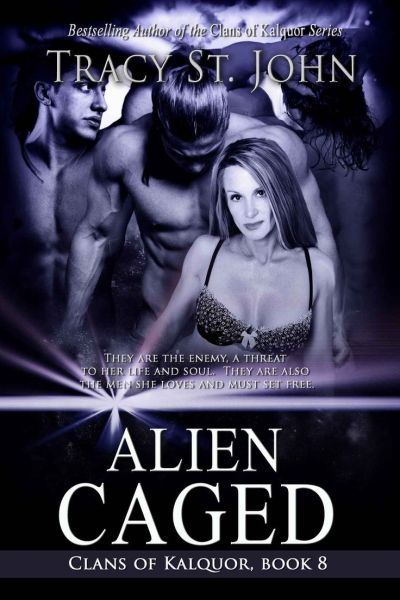 For most, the Earth/Kalquor War ended years ago. Yet veteran destroyer captain Zemos and clanmates Oret and Miragin have been captured by a renegade Earther battlecruiser. They’ve been held in a cell for months now, with no idea where their ultimate fate lies. Threatened daily, they know their lives can end at any moment. The only bright spot during their imprisonment has been the lovely woman who brings them their meals and offers the one friendly face amongst their enemies.

Elisa Mackenzie is among the desperate Earthers trying to survive in the wake of Armageddon. Surrounded by fanatics who won’t give up a long-lost war, she can’t let herself care for the Kalquorians the ship has taken prisoner. Her lonely heart, empty for so long, has other ideas. Knowing the Kalquorians are dangerous and her fanatical shipmates are even more so, Elisa fights her feelings in vain. Ignoring the harsh lessons of long-lost youth, she falls in love.

Zemos, Oret, and Miragin know they must escape before the Earthers deliver them to an unthinkable end. They also know the key to opening their cage means turning on the woman who has infiltrated their fierce hearts. Elisa already has their adoration. She deserves their protection and care as well, but enemies both new and ancient threaten the Kalquorian Empire. To save their people and themselves, the three men may have to destroy the woman who would complete their clan.

Our runner-up has done pretty well in this competition all on his own:

in Roark (Women Of Earth Book 1)
by Jacqueline Rhoades 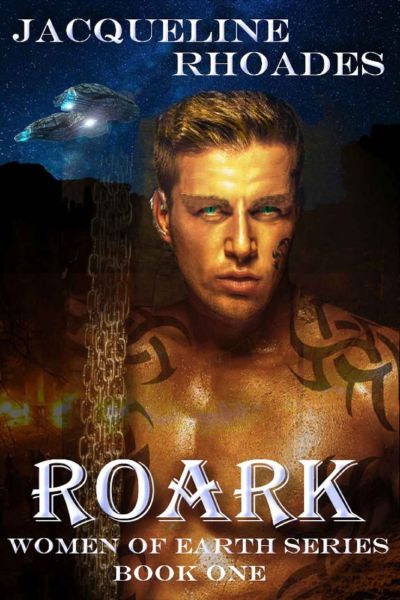 The people of planet Earth have suffered the tides of war for six long years, but it’s not their war. Earth is the battleground for the thousand year conflict between the invading Hahnshin and the Godan warriors of the Galactic Confederation.

Mira Donazetto’s only concern is for her family’s survival, so when she’s offered work as a translator for the Godan, she jumps at the chance and right into the arms of the new First Commander, Roark. Her heart says she should trust this alien warrior, but how can she when he has the power to take away everything she holds dear.

Roark’s new command post is a disaster with a long list of problems that he must address, including dissension among his officers. The last thing he needs is to have his heart touched by a woman who may be a traitor.

Congratulations to our heroes, their authors, and their loyal fans!