Every Wednesday we announce new releases, the week’s bestsellers and a selection of on sale or free SciFi Romance books.   The purpose of this post is to take a look at what is out there. I have not read all of these and I always recommend sampling before you buy.

Prince Aster didn’t believe in “mates” or other bedtime stories…until he sensed Evie’s curious scent. The curvy human woman with curly brown hair and caramel skin is nothing like he expected — but someone unique and strange.

Evie can’t deny her attraction to the big blue alien ‘man’, or their chemistry — but his mate? His sky blue skin glows where they touch and it excites her in a passionate new way. Does she have a choice — or is it her destiny? 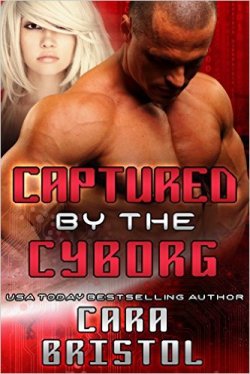 An ex-Cyber Operations field agent, Dale Homme has kissed danger and betrayal more times than he cares to count. Now he runs a clandestine factory beneath the surface of the moon Deceptio, where confidentiality and security matter more than anything. When a beautiful young woman arrives seeking a job, Dale knows within minutes she’s lying. Everything about her is false: her past, the people she claims to know, her reason for being on Deceptio. Illumina Smith? Even her name is an alias.

Logic says send her packing. His gut says she’s in trouble. She needs him. So he’ll do anything to keep her safe….even if it means keeping her captive.

Charlee says: in case you missed them like I did…

The Admiral and the Wildcat by Mina Carter 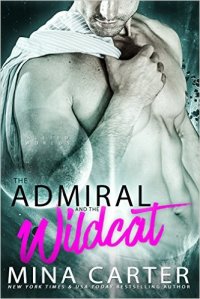 Kelis is not just any Wildcat warrior but the daughter of a Warlord with impeccable bloodlines. To her dismay, her father gives her an assignment she can’t refuse–infiltrating Alliance Fleet.

Gabe is pissed when the beautiful but lethal Kelis puts his protection detail in the medbay. What will he do when he finds out she’s his now personal bodyguard?

Sparks fly and tensions run high because Wildcats do it better…A statement Gabe is more than happy to put to the test. All…night…long.

General Adam Holmes’ life is dedicated to keeping his small band of survivors alive. On the run, with only Hell Squad and the other soldiers for protection, they are making their last dangerous drive to the secret stronghold of the Enclave. But there are a lot of aliens between them and their destination, and the survivors are tired, worn, and at the end of their limits. Adam feels the pressure dragging him down, but as their leader, he can’t be their friend and he can’t dump his burden on anyone else.

Long before the alien invasion, Liberty Lawler survived her own personal hell. Since then, she’s vowed to enjoy everything life has to offer and she’s managed to do that, even in the middle of an apocalypse. She does what she can to help the survivors in her convoy, but one man holds himself apart, working tirelessly for them all. Liberty can see Adam is at his breaking point and she vows to tear through his rigid control and save him from himself.

But the aliens are throwing everything they have at the humans, trying to stop them from reaching the Enclave. Adam will find his resolve tested and the pressure higher than ever. But it will be one beautiful woman–one who won’t take no for an answer and who worms under his skin–who can save them all and give him the strength to go on. 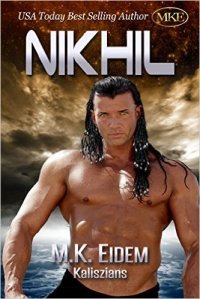 As the Squad Leader of the Elite Warriors, Nikhil Kozar was the largest warrior in the Kaliszian Empire. When a shuttle crashes on one of their planets the search and rescue mission turns into something much more complicated.

Mackenzie ‘Mac’ Wharton had agreed to guide a group that had wanted an adventure on her mountain. They got more than they bargained for when they were all abducted by a group of aliens called the Ganglians. Badly beaten and barely alive Mac finds herself in the arms of the largest male she’s ever seen. She should fear him, should be fighting to get away from him, but there was something about the massive male that called to her.

A traitor threatens the Empire… Someone wants Nikhil dead…. The Zaludians want Mackenzie back… And then there was the secret she’s keeping…. Would it be the one thing that finally brought down the Kaliszian Empire? Or would it be the first step in its rebirth?

Has Bedivere become what humans fear most?

The Federation no longer exists and sentient computers, the Varkan, are awakening. Bedivere X helps where he can, so when one lonely and scared computer, Jovanka, suicides and destroys half a planet, Bedivere takes the news hard. Then his close human friend Kemp is murdered and Bedivere disappears.

Catherine and her friends must figure out what happened the night Kemp died, while trying to follow Bedivere’s trail of devastation and inexplicable acts across the known worlds.

Has Bedivere really gone mad? Has he become one of the creatures that humans fear the most? Cat faces tough questions about the man she loves, while unravelling the mystery he has left behind.

Charlee says: Okay, I know this one is still a ways out, but I know you’ll be excited….

Susan Grant is back with an all-new, stand-alone tale of two improbable lovers, their daring secret, and the gamble destined to alter the course of their worlds forever!

She was playing with fire…

Jemm Aves battles to keep her dreams alive on a dead-end world. Working for the mines by day, she’s a successful bajha player at night, disguised as a male to be allowed to compete in the colony’s dangerous underworld where club owners will go to extremes to retain the best players. Every win puts her one small step closer to her goal: saving enough to escape Barésh with her family. When a nobleman from one of the galaxy’s elite families recruits her to be a star player for his team, it’s because he doesn’t know her secret. Her ruse proves to be her most perilous game yet when it puts both their lives—and her heart—at risk.

Prince Charming he was not…

Prince Klark is eager to reverse his reputation as the black sheep of the Vedla clan, a family as famous for its wealth and power as it is for being a bastion of male-dominated tradition. If his bajha team can win the galactic title it would go a long way toward restoring the family honor that his misdeeds tarnished. He travels to Barésh to track down an amateur who’s risen to the top of the seedy world of street bajha, offering the commoner a chance of a lifetime: a way off that reeking space rock for good. But his new player comes with a scandalous secret that turns his plans and his beliefs upside down. He sets out to win a very different prize—his champion’s reluctant heart.