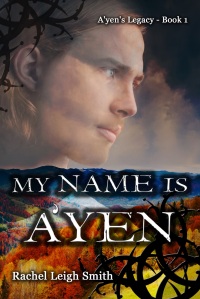 Setting:  A’yen and Fae, along with A’yen’s best friend Pete Tristan and Fae’s assistant Willa Maurice, are exploring a cave behind a waterfall. They’ve followed a man-made passage up a flight of retractable stairs and discovered a hidden room. A’yen has discovered his less than reliable telepathy is kicking into overdrive and functioning with very little effort on his part.

Cool temperatures and low humidity had preserved everything except fabric. Pots and shredded remains of baskets filled one corner. Ledges hollowed into the stone might have once been beds. Three waist-high columns formed a triangle in the middle of the room.

He inched closer to them, pulled by a force he didn’t understand. Cobwebs fluttered in a hint of breeze. Almost as though the voices in his head blew on them, trying to clear them away. Of course, nonexistent voices couldn’t do that, so he did.

With the dust and cobwebs gone, they weren’t columns. Each was a console of some sort, encased in stone. Dusty glass stared at him. He brushed his hand across it, trying to clear away enough dust to see beneath it. Ripples followed his hand. “Clear the other two off. It’s plasma glass.”

Scurrying sounds echoed in the chamber, but A’yen kept his gaze on the console in front of him. He swiped and touched with no luck. “Damn. The power cells are dead.”

“Duh. It’s been at least fifteen hundred years since anyone was in here.”

A’yen lifted his gaze to where Pete stood on his right, almost afraid to find out what this meant, but unable to leave without knowing. “Please make it work.”

Pete moved to the center of the triangle, knelt, ran his hands along the floor to find the access panel. “Another beetle. Come open it.”

A’yen did. Pete took every battery they could spare and wired it into the power matrix. “This is unbelievable, how advanced it is.”

“Considering who built it, or how old it is?” Irritation colored his words, and didn’t just slap Pete.

Pete looked up from the tangle of wires in his hand. “The age, A’yen. Making it illegal for you to read is an attempt by humanity to keep from being outsmarted by an obviously technologically superior culture. We’ve only been using plasma glass in screens for thirteen hundred years. Farran, how old would you say all this is?”

A’yen locked onto Farran. At this very moment, a growing conviction that being with her was no accident had him questioning his entire life. She was the first person he’d met—Loks Mé or otherwise—who believed the legends had basis in fact. Well, first to admit it anyway.

“Conservatively, I’d say fifteen hundred. If you can get this thing powered up and it’s in the ancient writing, Willa can date it better.”

A cosmic shift in A’yen’s identity crashed him to the floor. Pillars with beetles and the remains of buildings didn’t mean much. But this . . . if the screens were in his language, a language humanity had tried to erase, all the stories he heard as a child moved from legend to fact. Facts condemning the race of his best friend to an atrocity they would no longer be able to hide from. Facts humanity would have no choice but to face. Facts pushing them to right a wrong committed millennia ago.

If the rest of the dig revealed things like this, what did it mean for the future? Could freedom be more than a dream?