After my last post, I thought it would be good to get back on a positive note by talking about some other great SciFi parody and fan flicks. So here are my top three. 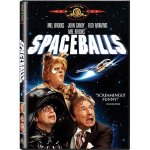 # 3   One belly laugh for Spaceballs.

Spaceballs is a classic Mel Brooks parody that lasers in on Star Wars. Like all Mel Brooks films this one has some great visual images and some very funny zingers. This parody film doesn’t have much rewatchability for me. But I did get some good laughs. 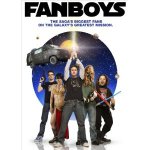 Fanboys is not so much a parody as it is a comedic look at the culture of fandom. It is also a very touching story about a group of friends and the shared love of Star Wars that brings them back together after they had begun to fall apart. It is a quest story that will make you cheer and cry. 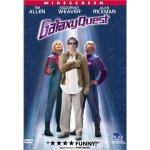 # 1   All tentacles up for Galaxy Quest!

Galaxy Quest is by far my favorite of the parody/fan films I’ve seen. It effectively blends a parody of Star Trek with a giggle at the fan culture built up around the franchise. It does that while still treating the fans with respect. The intrepid crew of the NSEA Protector would never have gotten safely back to earth without the help of the fans and their encyclopedic knowledge of the show.

Now it is your turn to weigh in. What is your favorite SciFi parody?